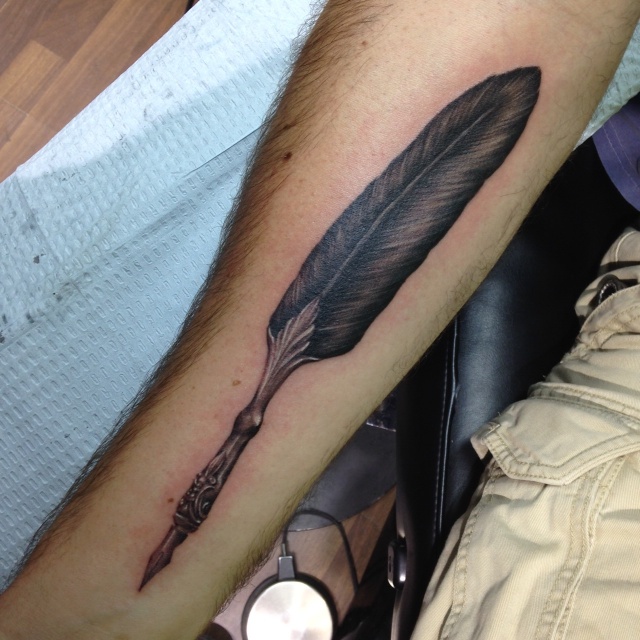 So … this happened. My wife and I decided to get tattoos for our ninth anniversary. Since we’re almost to our 10th, and since we recently discovered a local artist we like, we decided to make the appointment.

The image, in case you don’t recognize it, is a quill. It pairs nicely with my wife’s inkwell.

My firstborn took the tattoos in stride. My secondborn, the 5-year-old, declared that she liked them, but not if they stay forever. “I just want you to be my regular dad,” she said, making me feel inexplicably guilty. “I want you to be like you were before.”

I told her that I love her even when she gets permanently taller, which didn’t seem to translate. After a night’s sleep, however, she seems to have come around, asking to see the ink and noting that she likes it.

9 thoughts on “License to Quill”