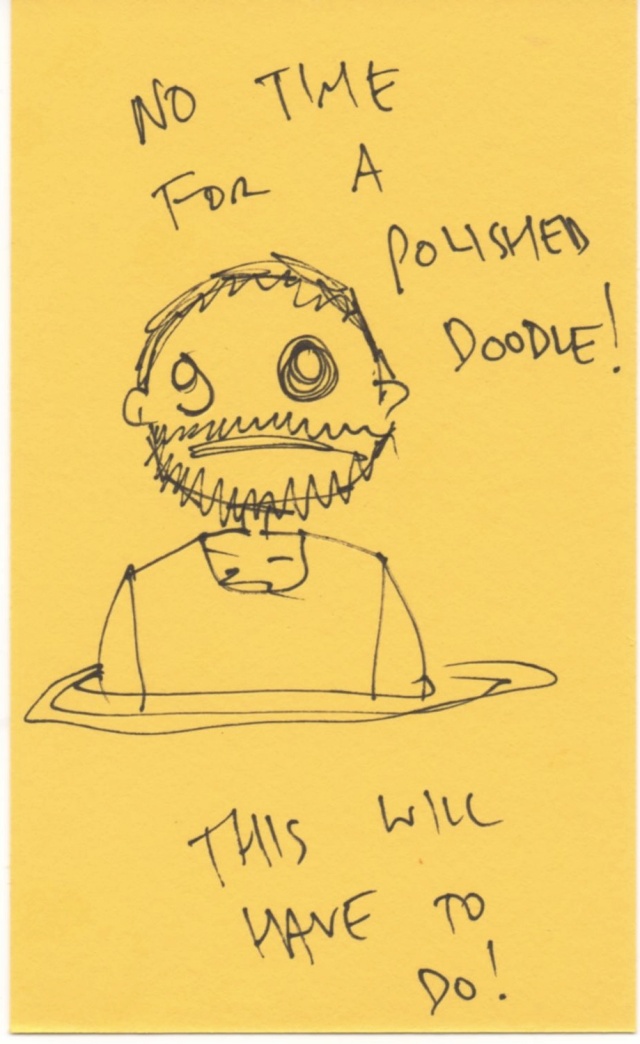 My goal to post each day—except maybe Sundays—on this blog was tested when I realized that starting a post at 11:47 p.m. is a bit late, even for a week themed on being less than punctual.

Fortunately, I have no shortage of stuff to worry about, so it’s easy for me to pull something off the top of my head. Let’s see … hmmm … yep: meningitis.

Several college students at a college in a nearby county came down with meningitis a few weeks back, and a college student in my town developed a case of it even more recently. I can’t remember which is worse, and which is communicable despite the vaccine—bacterial or viral—but none of that matters to a worrying mind such as mine. I’ve already established that I can quickly go to some dark and medically impossible scenarios with very little provocation, such as my kid sipping a soda she found.

I was recently struck by the realization that this health-based worrying came to me late in life. Late in my life, I mean. I’m 34, but the germaphobia started a little more than six years ago, which—coincidentally?—is when I was just getting to know our newborn daughter.

The world wasn’t so scary to me when I was a kid, a college student, a young working professional, even a newlywed.

Having kids, though, changed me into something new—something paranoid and freaked out by even trivial stuff. So when one of my kids gets a runny nose and a slight cough, forget that the others have been sick, too, for days, and are getting better. It must be meningitis.

Of course, somewhere deep inside, I know I’m overreacting. I wouldn’t be able to survive otherwise.

But the girls do have strep throat right now. So there’s that.