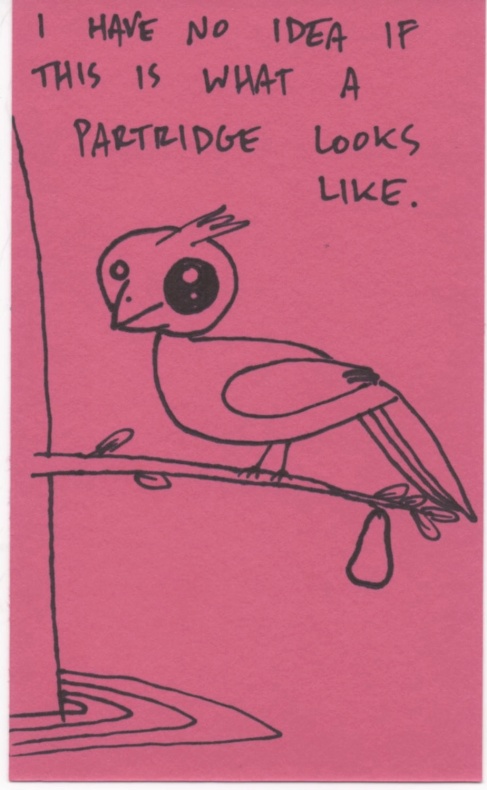 This is the first year my girls have been into Christmas music. Like really into it. My 4-year-old likes “Rudolph the Red-Nosed Reindeer,” but they’ve both particularly latched onto “The 12 Days of Christmas,” which my wife has declared to be “my song with the girls,” because she’s already tired of it.

I don’t mind singing it with them—even repeatedly on the same car trip—though “with them” is a bit of an overstatement. Caroling sessions usually go like this:

Me and the girls: On the first day—

Secondborn: No. Let me sing it myself.

Firstborn: We’ll sing it by ourselves.

They tend to be able to get up to the five golden rings, with my 6-year-old carrying her younger sister along lyrically. Then they start to get hazy.

Secondborn: Dad! We’re doing this ourselves!

This goes on, in terms of number and item/character. My first-grader can count into the hundreds with no help, but for some reason the rising tally of 12 gifts throws her off. Sometimes she works her way up with no problem, but usually she asks me to intervene, and then I’m asked to bow out again until the next lapse.

As frustrating as it is musically, it’s really very sweet. And it’s way less annoying than Paul McCartney’s “Wonderful Christmastime.” I can’t stand that song.

What are your favorite/least favorite carols and songs?