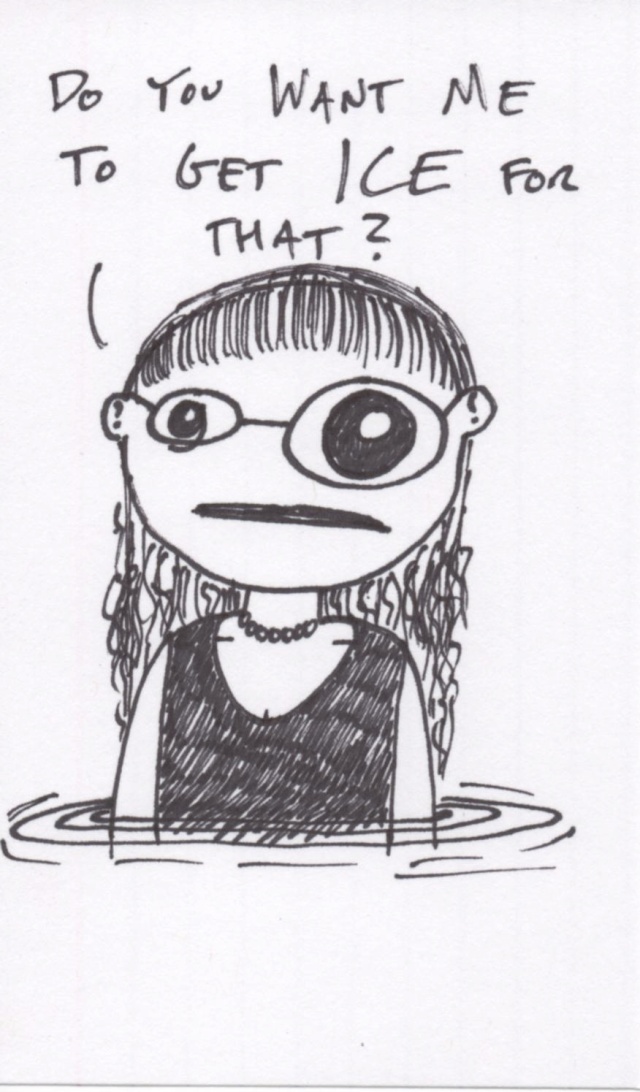 We had dinner out. More dinner than we probably should have had: chorizo-stuffed, bacon-wrapped dates; spice-roasted beets with herbed goat cheese mousse, arugula, chili-walnut honeycomb, and citrus coulis; fried chili chickpeas—and those were just the appetizers.

Thanks to a generously given gift certificate, we were dining large for our nine-year anniversary (traditional gifts are pottery and willow, if you’re wondering). Sure, my presents to my wife fell a tad flat—I’m not the best, apparently, when it comes to shoe or underwear shopping for her—but there was a particularly thoughtful handmade gift in the mix (not the underwear, if you’re wondering), and the evening was, on the whole, a success.

Lulled, perhaps, by the meal and the attendant alcohol, we cavalierly ignored—ignored!—our babysitting friends’ offer to watch our children for longer than we had originally agreed. “The girls were already up late last night,” we reasoned, “and they’re so tired, they’ll just go to sleep when we get home. The baby, too. And then we can keep celebrating.”

I will reiterate: We had the opportunity to go to our kid-free home for about 45 minutes on our anniversary, and we convinced ourselves that there was a better option on the table.

The girls went relatively quickly to bed. The baby did not. He vacillated between manic laughter and weeping, pausing only to suck down water from a blue sippy cup like he’d just eaten a whole little Zen tray’s worth of sand. When he’d emptied one, I got him another: an orange one, which was unacceptable. I was to go blue or go away.

And then, he flung his head backward. Into my lip. My readers without kids of their own may have heard that babies have soft spots on their skulls, and that’s true—for a while, anyway—but most of a 1-year-old’s head is actually quite hard.

Now here’s the thing: I didn’t get a cut. I didn’t bruise. My mouth throbbed for a minute or two, and then I was fine. But his little skull was like a period on a typewriter, hammering into the paper of my face.

It ended the sentence.

We tried to pick up steam again later, after I finally patted and hummed the little guy into unconsciousness on our bed, transferred him to a pillow, carried that pillow to his room like I was a waitress balancing a plate of stuffed piquillo peppers in a basil oil red wine reduction, and left him—finally!—in his crib. But it was too late.

Don’t feel too bad for us, though. We had already managed some kid-free time (!) that morning when we first woke up.

Still, can you top our what-were-they-thinking moment when we picked up the children despite the offer for more time alone? 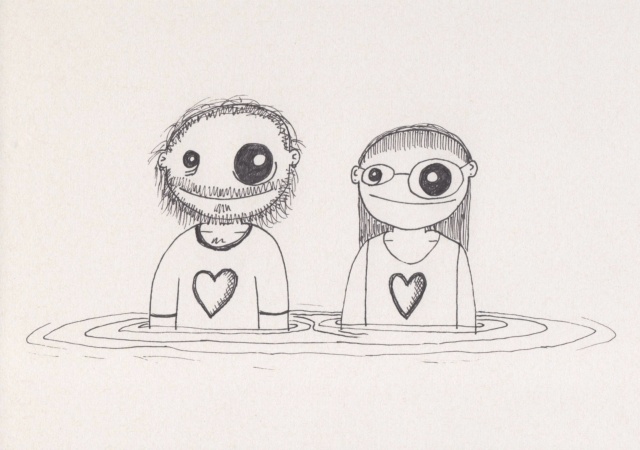 My wife and I wanted to get married on Halloween, but while planning for the ceremony and reception, we realized that we would someday be forced to choose: celebrate our anniversary or take the kids trick-or-treating?

We chose the trick-or-treating.

So we settled our wedding day on Oct. 16, 2004. It was a day of joy spent with family and friends, of making vows before God and our assembled guests, of officially proclaiming to the world—or at least the state—that we were henceforth and forevermore a unified force with which to be reckoned. (I originally wrote “to be reckoned with,” but the urge to correct my own grammar was too strong to let it stand.)

The day was amazing: a masquerade ball come to life because a lot of people who truly love us worked to make our vision a reality.

But it was also merely the first day of our marriage. What we were really looking forward to was yet to come. Is still yet to come.

I make a habit of telling engaged couples that the wedding is great and all, but the marriage is what they should be really excited about. Because the wedding—as special as it may be—is done in less than 24 hours. You plan for months or (I don’t recommend this) years, and it’s over in less time than it takes to watch an entire season of 30 Rock on Netflix.

Your parents, siblings, cousins, and die-hard friends are picking up scattered trash as you drive off, you get a few days of honeymoon, and then reality sets in.

You need to be in it for the long haul.

Nine years ago, my wife and I took our first step together, trusting that we would then take another step, and another, and another, for as long as these bodies will allow. Into the Shallows.

To my wife, my best friend, my lover, my sparring partner, the mother of my children, and all the titles and nicknames you have and will have: Happy anniversary. I love you.